If you work with vibrational therapies (energy healing, angels, essential oils, crystals, sound, color) or are an intuitive or empath, you may experience the situation of other people are feeding off of your higher vibrational energy. Your energy will naturally raise simply by working with these modalities. Over the years, I have studied and practice the Law of Attraction, lived in synchronicity with Universal Laws, worked with Reiki, angelic healing, crystals, essential oils, color therapy and sound therapy. In doing this, my vibrational energy has increased and made me aware of this feeding.

When someone’s vibrational energy increases, there are certain groups of people who are attracted to that energy. They want to feed off of it to feel better. For some people who feed, it raises their vibrational energy and that is a great thing for our planet. For other people who feed, their vibration remains low but it drains us of our energy. That is an unhealthy relationship and it is these people who often have us feeling badly, uncomfortable and out of sorts. These people have been referred to as energy vampires. They may have no idea what they are doing, but most of us can see them a mile away. But because of our empathetic nature, we want to help them.

So what can you do to maintain your high vibration while helping others? Here are my top five recommendations:

When you are called to work with vibrational energy, it does not mean that you sacrifice your energy at the same time. You do not have to adopt the attitude of blocking and banning other energy; instead, transmute it by protecting yourself and keeping your vibration high which then resonates with all. 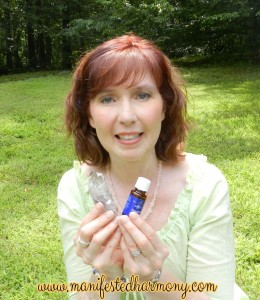 Allie is a unique combination of self-empowerment coach (Certified Law of Attraction Counselor and Life Coach), energy therapist (Usui Reiki Master-Teacher, Integrated Energy Therapy Master-Instructor, and Advanced Crystal Master), award-winning book author, attorney and nationally-recognized animal advocate. Whether it’s wanting more freedom, creativity, loving relationships, financial security, wellbeing, relaxation, or adjusting to the energy of our new world … she looks at each person and animal holistically and creates a well-being plan. She holistically combines these methods to help people gain control of their lives and to help animals live with comfort in our hectic world. It worked for her and will work for you!  She particularly loves helping our animal companions because for those of us who have them grace our worlds, they are our soul mates.

I have added more stuff to my Members Only page!! Click here for instant access to essential oil videos, a “New Energy Business & Abundance Grid” booklet, free articles, and  more!

We have all encountered people who drain our energy, right? Whether they know it or mean it, they suck the life and light out of a room and out of people. They go through life with a grey cloud over their head (and not nearly as cute as Pig Pen from the Charlie Brown series). They complain, moan, groan, find negativity in every situation, gossip, say negative things about others, judge, criticize, and frankly find little or no joy in the world. Yikes … who would want to live like that? You were not brought in to this world to be miserable or to make others miserable. And you do not have to tolerate that in your life.

Yesterday, a person of authority told a subordinate that she was not liked by anyone. This person is generally uplifting and positive so I suspect it was said under stress. When I heard this, it took all of my energy to elevate this energy vampire victim back to a place where she did not feel like climbing under a rock. Didn’t our moms tell us if you don’t have anything nice to say, zip it! Not only was this statement inappropriate given the authority position of the speaker, but it was said at a time when both are under an unbearable amount of pressure and should be aiming to stay positive. There was no point to saying such a cruel thing to this person, and the timing of it could not have been worse.

For many people, it seems like we get negative comments or criticism at a time when we are feeling down, right? And that is precisely how the energy vampire works. They sense vulnerability and move in to drain you even further. Energy vampires generally think very little of themselves, are internally miserable and believe that misery loves company. So they go through life recruiting people to join their pity party by spreading negativity and bringing people down. Don’t get me wrong … many energy vampires have no clue that they are sucking the life out of people around them. They have no self-perception or awareness of their conduct. So feel bad for these people. Regardless, it does not mean that anyone should fall victim to an energy vampire.

So how do you detect an energy vampire? Look for these signs:

How do you deal with energy vampires knowing that they are floating around you?

Do you have other techniques that have worked with energy vampires? If so, please share!

Wishing you an energy-vampire-free day!

Join in on our conversations! 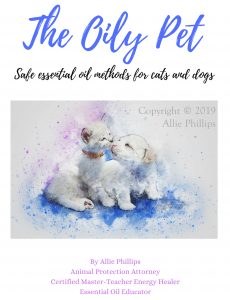