Which person are you? (1) Your energy levels are off kilter, you’re either too exhausted or too hyped up, and you’re becoming more sensitive to people and environments around you? Or (2) You feel nothing because you’re so busy with work, family, and spending a lot of time around technology, but notice that you’re more accident-prone?

We’re in the midst of a major Universal energy shift. It started some time ago, but it is picking up speed as we approach December 21st (end of the infamous Mayan calendar) and the end of 2012. Some people feel absolutely nothing and think that the rest of us are a bunch of whack-a-poodles; whereas others do not feel like “themselves”, no longer have interest in things they used to enjoy (like their careers or relationships), find they are becoming more aware/spiritual/in touch, all of which can be exhausting or exhilarating.  For me, I’ve unconsciously been preparing for this shift through all of the energy training I’ve received, the shifting of my thinking and beliefs around the Universal Laws, and for the past year have consciously embraced the energy shift which has left me very calm in a chaotic world. So while I do feel exhausted and energized at the same time, have lost interest in things that I used to enjoy, and have found a passion in other things, I know that this energy shift is a good thing. It may feel uncomfortable or downright painful for some; but it’s part of our evolution.

One way that I know that we’re shifting is based on the number of crazy, sad and tragic things that have been occurring. We’ve had 4 mass shootings this year, with our nation’s tipping point being the slaughter of children in Newtown, CT. I’ve also been hearing from friends that they know people who have unexpectedly passed away, had serious accidents, or other tragedies unfold. People are scared and it seems to be getting worse.

While I cannot begin to explain away some of these horrors (especially what happened in Newtown, even though I still straddle the legal and healing worlds), this is what I believe … and it is giving me comfort. Our nation needs a serious wakeup call. Our entire planet … needs an even bigger shake up. The U.S. has experienced 62 mass shooting events since 1982 and they are getting more extreme and frequent (especially in 2012). And while we were upset and grieved at the moment, we forgot once the media moved on. No real change was made. The Aurora movie theater shooting was this year, yet does anyone talk about it? We have endless wars and atrocities against humans (and animals) occurring in the Middle East and all over the world. But we’re numb to it. We have negative news streaming 24/7 and we are addicted to it. It’s become normal to have such extreme aggression, anger and slaughters.

The new energy is giving us a wake up call to stop the madness. We need to be shaken out of our numbness. We need to put the smart phones away when we’re out walking our dog (enjoy your dog!!!), when we’re standing in line at the grocery store (we really don’t want to hear your conversation), take the ear plugs out when you’re outside walking or jogging and enjoy the scenery, and we need to go back to relating to each other. We are so disconnected from each other and from Mother Earth that this has caused us all to become ungrounded. When we’re ungrounded, we are unhealthy (look at our horrific illness and overweight rates in the US), mentally unbalanced (we have an epidemic of depression, ADHD, autism, and countless mental health disorders), and completely disconnected from why we are here on Earth having this human experience.

Had we not collectively gone down this path (unconsciously), the energy shift might have been gentle. But with all of the greed, violence, and lack of compassion for all living creatures and our planet (consciously), we are getting the tough love version of the energy shift. This I absolutely believe with my whole heart.

Add on to all of this the mass fear across the planet regarding December 21st being the “End of the World”. The Law of Attraction will take a temperature of your fear and sense, “you have a high level of fear, so you must want more of that. Here it comes!” Fear is just false expectations appearing real and the world is not going to end … at least physically. But the energetic world as we know it is ending. And that’s a GREAT thing because we’ve been in a 5,000+ year Era of masculine energy of war and aggression. Now we are moving into a feminine energy of oneness and compassion. Gregg Braden has written a book called Deep Truth where he goes into our history to explain these energies.

Here’s the good news … You don’t have to encounter a tragedy during this shift. Banish the worry and fear, only look at the good and positive things in life, stop the madness in your own life, connect more with the planet and other living beings (both human and animal), be of service and compassion, treat others how you want to be treated, and be present (which means, no multi-tasking). In Reiki, we abide by these principles:

If you open your heart to send love no matter what is happening around you, the Universe has no choice but to send you things to love (rather than things to fear).

For those of us involved in healing and compassionate work, we are Lightworkers who have been placed on this planet at this exact time to help others through the energy shift. I did not know that until a few years ago, but I now recognize that I am one of these Lightworkers. You, too, can also become a light worker by sending light and love out into the world, and turning away from negativity and fear.

If you are struggling, I can help. There are a lot of articles, videos and information on my website that will give you guidance and hope. If you still need more, send me an email or post a note on my Facebook or Twitter pages. If you need even more help, schedule an energy healing session or a one-time coaching session. By the time we’re done, you will have no worry or fear.

Even with the horrific events that have gone on across the globe this year, and even in the past week, we are encountering growing pains into a more compassionate age. But if we are not ready to grow, we will be forced through situations that grab our attention and force us to grow. I think every person in the U.S. agrees that we are done with the violence. The fallen angels of Newtown, CT taught us that lesson.

Let’s all decide to embrace this new energy and stop the madness. Let’s all go in to December 21st and beyond with a renewed faith in people and make 2013 the year that begins a new Era of peace, compassion and knowing that we are all one. 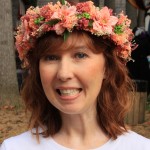 5 thoughts on “The World is not ending, but it’s changing”